The Thailand delegation had an all-round experience of the court's latest achievements in smart court construction, from its online litigation experience area, facial recognition system to the Balance block chain. 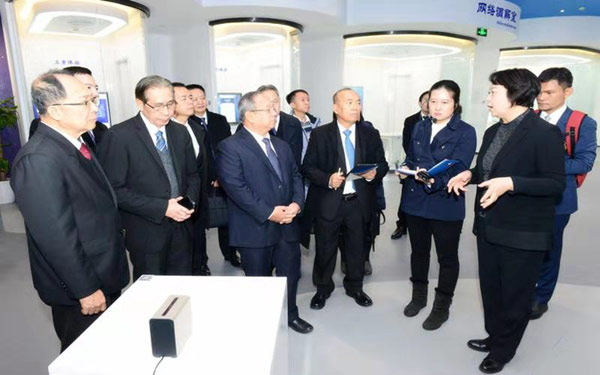 They spoke highly of the court's in-depth integration of technology and administration of justice such as its e-litigation platform and AI judges.

Zhang Wen, president of the Beijing Internet Court, met with Piya and his delegation and described the court's basic information as well as its cases and trials to the guests.

Thanks to the technology, the court's work efficiency has seen significant improvement and also brought a great deal of convenience to litigants, according to Zhang. She said that as a pilot the Beijing Internet Court still has a long way to go to optimize its litigation system and trial methods.

The Beijing Internet Court's internet-based trials are advanced, quick and convenient, and provide effective services to the people, according to Piya, adding that he hopes to learn more about the court.