The Beijing Internet Court on June 27 launched an online litigation service center, which includes an AI judge, a mobile micro court and the court's official account of Weitao, a micro-blogging service for brands. 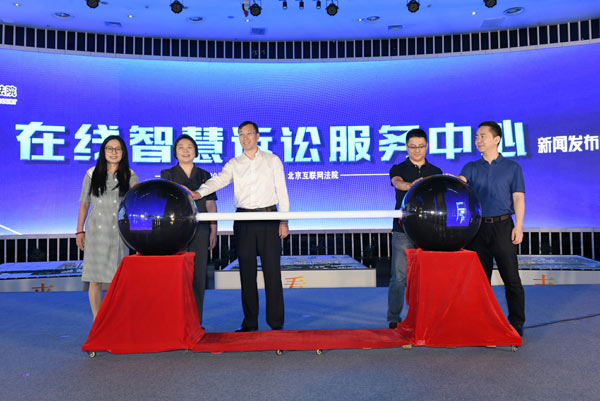 Vice-president of the Beijing Internet Court Li Jingwei outlined the center's construction background and overall layout at the launching ceremony. The center is an integrated and whole-process online litigation service platform, according to Li.

As a highlight of the service center, the AI judge claimed to be "the first of its kind in the world". The judge has a female image with a voice, facial expressions and actions based on a real person, one of the court's judges. 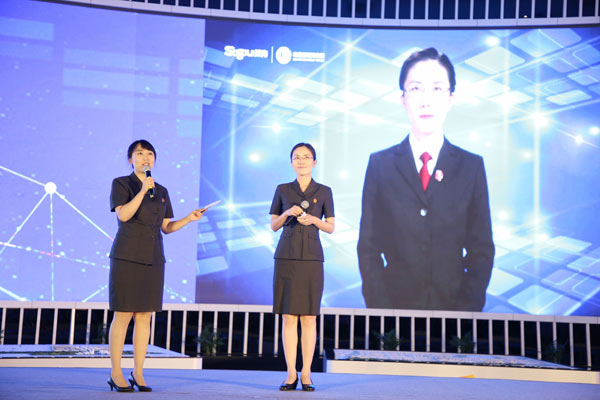 As a highlight of the service center, the AI judge is introduced at the launch ceremony. [Photo/Beijing Internet Court]

Based on intelligent synthesizing technologies of speech and images, the AI judge will help the court's judges complete repetitive basic work, including litigation reception, thus enabling professional practitioners to focus better on their trial work.

The Weitao account is an innovative way for real-time communication and legal publicity. It is also the first of its kind among the courts nationwide.

The Beijing Internet Court has been striving to deeply integrate the internet, cloud computing and AI with judicial trials and the litigation service system to allow the public to benefit more from science and technology innovation, according to remarks made by the court president Zhang Wen at the press conference.